What a fabulous evening! Nitten Folk Club had their first Lesley Hale Charity Concert since 2019 on Saturday night and it was an absolute stunner. A capacity audience were entertained and enthralled by a dazzling array of wonderful entertainers.  We are truly blessed to have such incredible talent among our members.

The evening got off to a sterling start as Fairmile (Ian & Ann Young and May & Jim Weatherston) gave us a wonderful selection of folk and country songs that had the crowd singing along and tapping their feet – they even cheered the banjo. This year the number of acts was reduced to eight so the performers had more time to stretch out and play a more complete set.

Next up was the irrepressible Paul Ashcroft, making his on-stage debut at the Charity Concert. An audience pleasing set included a rousing selection of Scottish and Irish favourites plus a nigh on impossible ‘singalong’ about a girl called Mary who was getting married – at an increasingly alarming speed. Well done Paul – you did us proud.

Gillian Anderson was up next, accompanied by the omnipresent Ronnie Miller on guitar. A delightful set comprising compositions by, among others, Nick Keir, Maddy Prior and Janis Ian. Gillian also acted as the ‘runner’ during the raffle and worked her proverbial socks off all evening.

A fabulous set by Hoolet (Helen Ross, Maggie Dewar and – again – Ronnie Miller) was next and we got a wonderfully varied set from them: ballroom dancing, French accents, invisible bells (aye?) and a truly stunning rendition of a traditional tune, Dear Irish Boy, all of which left the audience spellbound. Hoolet will be doing a full show at Nitten in April 2023 so watch out for that one.

We then took a break while we were treated to a marvellous repast of delicious hot stovies, generously provided by Darren, the manager of the Dean Tavern. There was also a table full of assorted choccies for folk to help themselves to. Then came the ever popular raffle (what’s a folk night without one) and there was a spectacular selection of prizes on offer – all donated by friends and members of the club. Congratulations to all the prize-winners – especially the one who walked away with the special prize of a box full of booze (sleep well).

Next up were the Nittles (Jim and Ronnie) who gave us sparkling renditions of some of the finest ‘acoustic’ songs recorded by a certain Fab Four. We got a few wee surprises from this versatile duo, including a sitar (yup), some singing blackbirds and some of the worst whistle playing ever performed at Nitten (and that’s saying something).

The Golden Girls were due to perform next but unfortunately Janis Duncan wasn’t feeling too ‘Golden’ and didn’t feel up to performing a full set (more on that later) so May stepped up and with Jim accompanying, gave us a lovely warm set of their favourite songs. Jim delivered a genuinely moving speech about the late Lesley Hale, after whom the concert has been named since her death in 2009.

Ah, The Curries! What can we say about them that hasn’t already been said? Ian Duncan and Charlie Boyle are entertainers ‘par excellence’ and always raise a smile. I wonder how many people have decided to move to Dunbar after hearing their version of George Machray’s classic – or decided to avoid the place altogether. Well done, guys. You did it again.

Closing the show was the ‘Hot Club du Nitten’ and Janis joined them on stage to give us an enthusiastically received rendition of ‘Autumn Leaves’ – a really appropriate choice for this time of year. Ronnie gave us a powerful performance of Bruce Springsteen’s ‘Jack of All Trades’ with Ian Young wailing mournfully on harmonica – a stunning high spot in an evening of a great many high spots. Finally Jim gave us a marvellous rendition of Tom Clelland’s ‘Slow Down’ and it was (nearly) all over.

The entire cast finally joined Ian Duncan in a rollicking singalong anthem ‘Rolling Home’ and it was time to wrap things up and do just that.

Special thanks must go to the management and staff of the Dean Tavern, the home of Nitten Folk Club for the last thirty-odd years. Darren and his team kept the drinks flowing and, as mentioned earlier, provided the food at the break. You’re an absolutely amazing group of people and we love you all.

We also need to say a huge thank you to Rab and Lena for manning the door and selling a shedload of raffle tickets. Big thanks also to Ronnie, who provided the PA, handled the sound and seemed to be everywhere.

Finally, we would like to say a huge THANK YOU to all the audience members for coming along to the show and supporting the club. It was, altogether, a truly incredible evening and, let’s not forget, this was a Charity Concert and everyone involved devoted an enormous amount of time and effort to ensure that the evening was the huge success it turned out to be. All the money we raised (and it was a significant sum) will go to the Scots Music Group.

Looking forward to doing it all again next year. 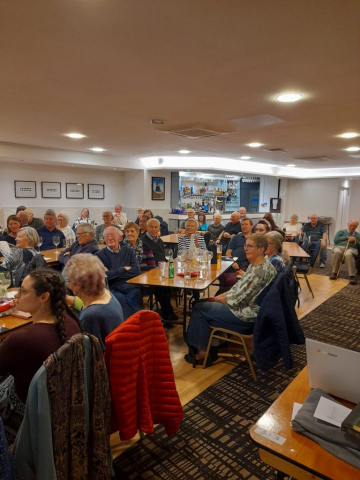 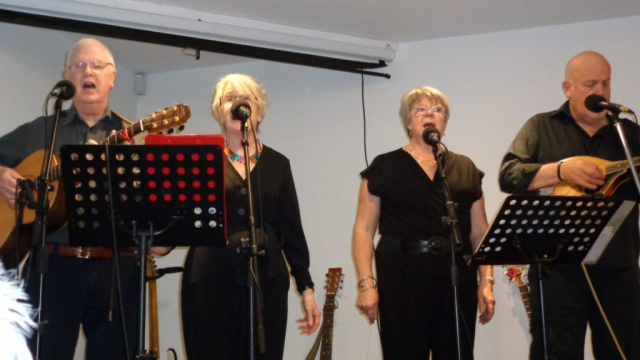 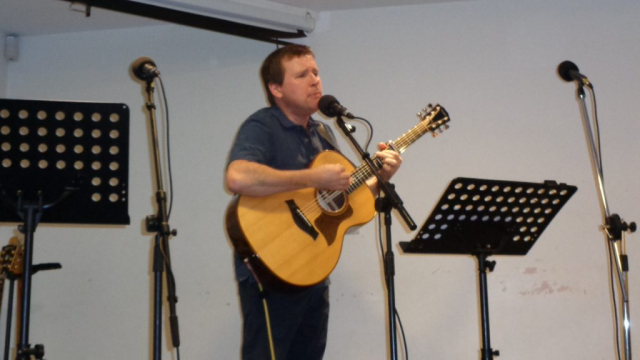 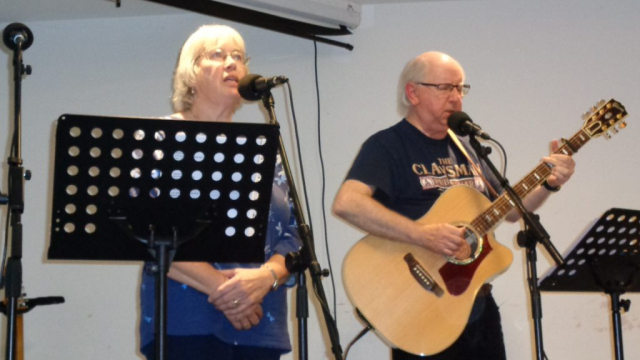 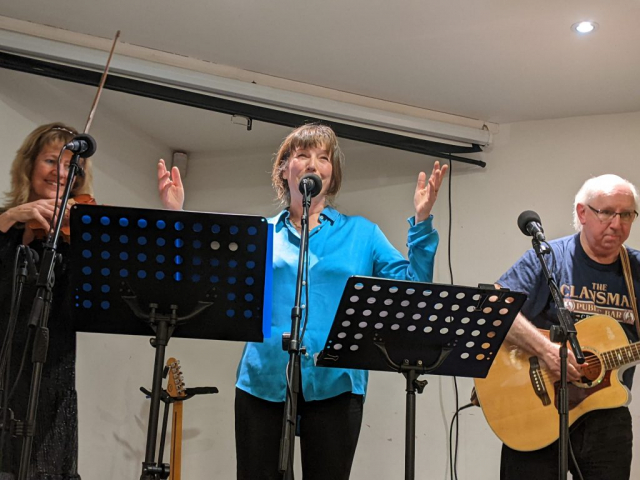 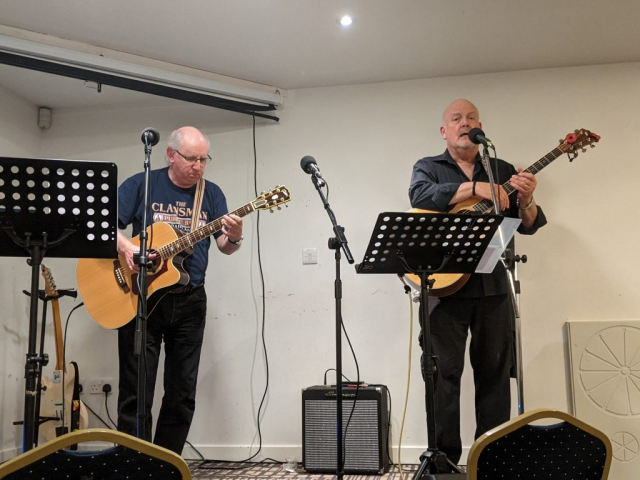 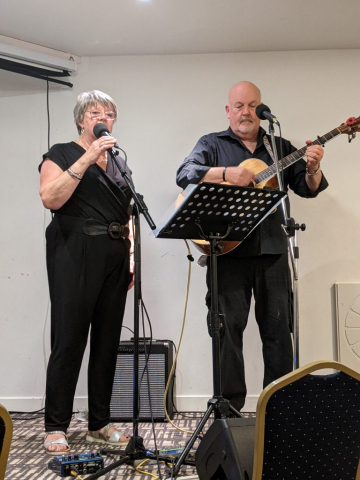 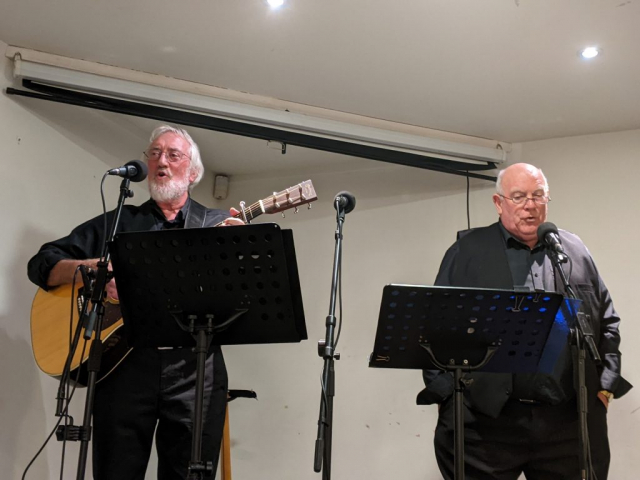 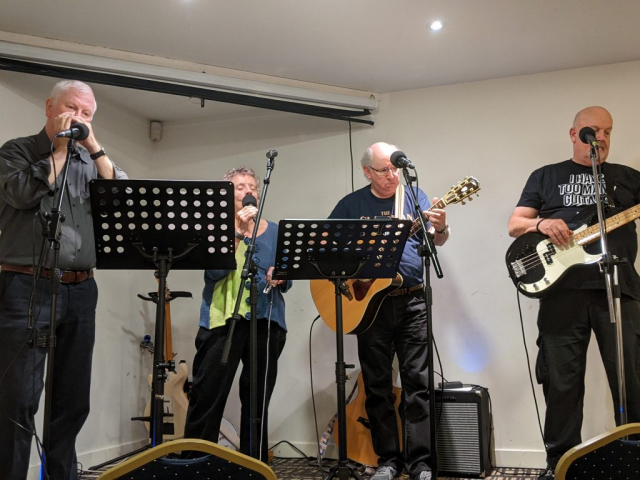 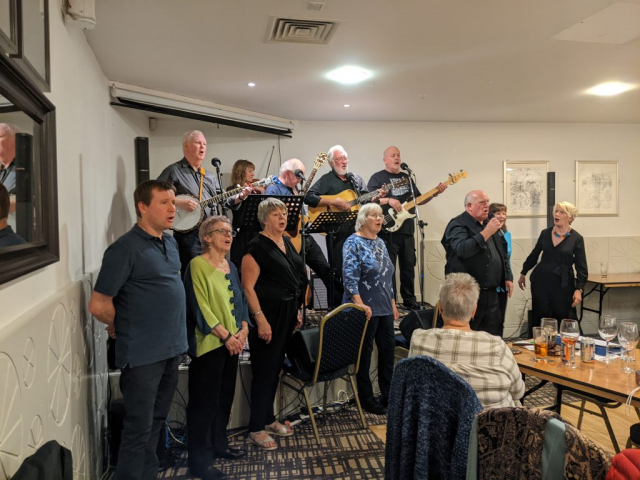 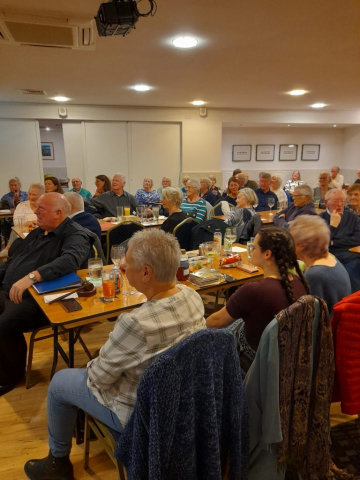